It’s been a bit since I wrote this post – the holiday season, plus going to London to work in a Christmas Market for a month, plus moving to DC…it slipped my mind. So here it is, two months later…

I can officially not use the phrase, “I’ve been to Madagascar, but not Mexico which is a two hour drive from my house”. I figured it was about time. I mean, twenty eight years (give or take a few years living abroad) and I’d never been to the closest country? As I may have mentioned before, I have a goal of hitting 50 countries by thirty and that thirty year mark is approaching scarily fast. So Mexico became country number 48. 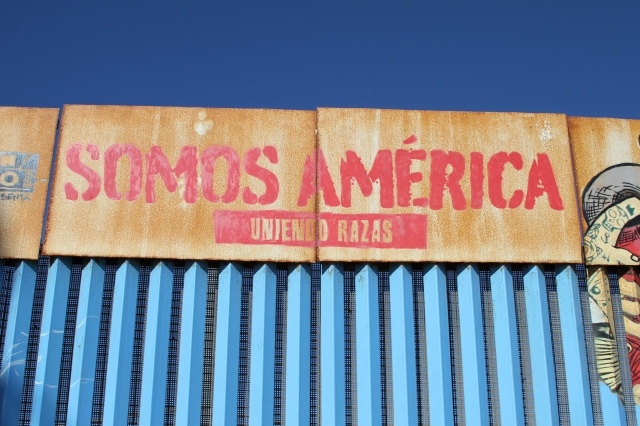 A girl friend and I left Orange County at a leisurely 11:00am and headed south for the border. I was surprised to find that at the border going into Mexico…they check nothing. I was a little disappointed I didn’t get a stamp in the ol’ passport. Scenery of San Diego county quickly gives way to the slummy Tiajuana scene.

We decided to pull off the main highway to do a photo opp at the actual border fence, which on the Mexico side is covered with street art. I was surprised to find one that said “Deported Vet Kosovo 1999”. Reminders of Kosovo seem to pop up everywhere.

We continued our drive south which was 80% breathtaking – highway that hugs the curves of an unspoilt coastline, no homes and buildings to obstruct the ocean panorama.

After a summer of road trips around the Balkans, I was pleasantly surprised to find that the road down to Ensenda was wonderfully smooth and well paved (with the exception of within towns which was riddled with pot holes, seriously, it was like a game of frogger trying to avoid them).

We drove past Ensenada to a spot called La Bufadora which is mostly a look out spot with a blow hole. Ok, it’s a lot cooler than it sounds. You can park at the top of the hill and then walk this gauntlet of a street lined with little shops and shop owners that will heckle you to entice you in. I got a couple boyfriend offers, so there is that. 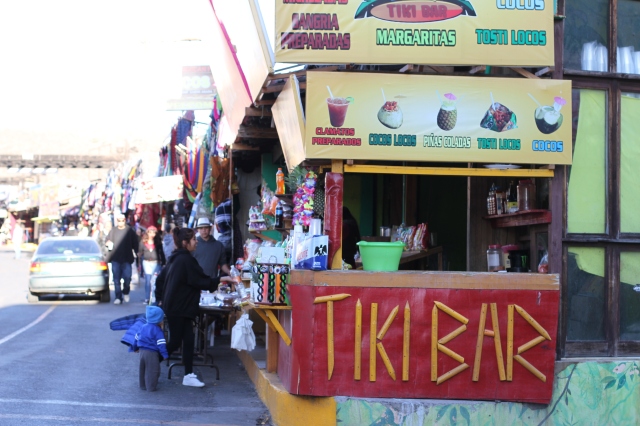 We took a while to watch the water spout, take photos, and breath in the fresh sea air and stretch our legs.

Racing against the setting winter sun, we drove back north to Rosarito for dinner. We had dinner at El Nido – the ambiance and décor is enchanting at night, but I won’t lie…the food was just so so. There is a taqueria across the street that was actually cheaper, tastier, and more authentic. 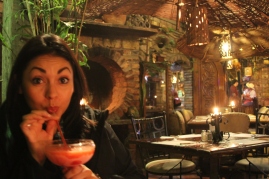 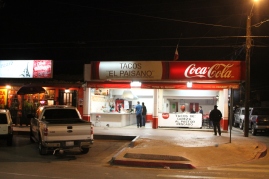 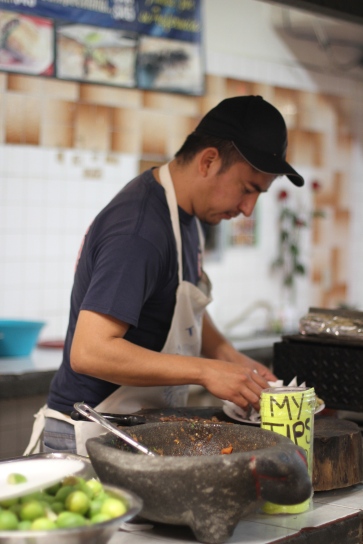 Short and sweet, we drove back to the border. Got lost a wee bit in Tiajuana and ended up going into the wrong queue at the border. We didn’t know what “sentry” meant, in either Spanish or English, but turns out we were not “sentry” eligible, so we got treated to the full border check experience. We had to queue in this special brightly lit hanger where they fully checked the entire car and our passports. All the officers were actually quite pleasant so it proved to be one of the most painless border crossings I’d driven through last year.

And that was my ten hours in Mexico. Thank you country number 48. Mexico finally off my list (though many other spots in Mexico a bit further down on my bucket list). Oh 49 and 50, what countries will you be?