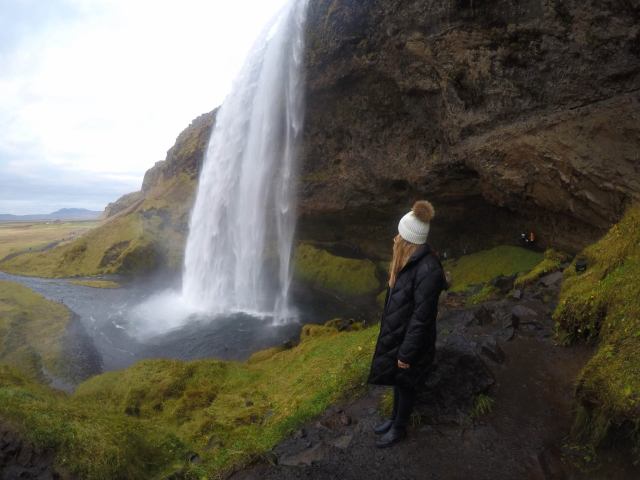 Everyone has been doing it. Whether on Wow or Icelandair, people are flocking to Iceland. In fact, in the last year they had more than four times as many visitors as inhabitants. And once you’re there you can tell exactly why.

Our flight from Baltimore was a red eye so our solution to beat the travel weariness was to go straight to the Blue Lagoon (it’s also less than a thirty minute drive from Keflavik). We picked up our cute little VW Golf from Blue Lagoon (also the name of our car rental company) and drove to the Blue Lagoon under the dark cover of the wee morning. The Blue Lagoon doesn’t open until 8 so we, along with a few other parked cars, bundled up and had a nap. 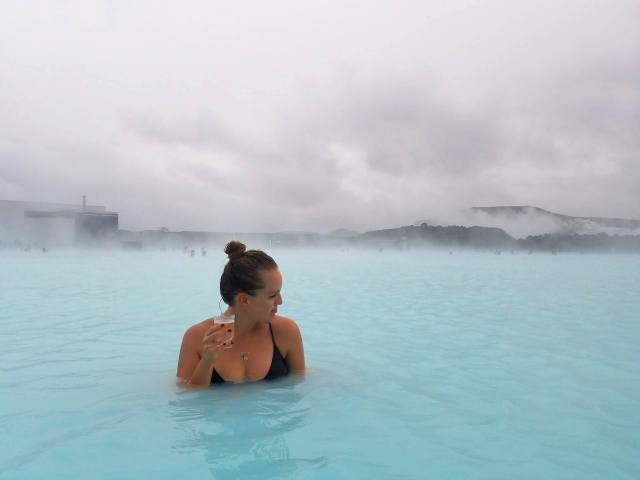 We pre-booked our tickets (as is suggested) and decided on the comfort level – towel provided, first drink free and two masks, algae and silica. Ladies, you’ll want to put your hair up. They do provide conditioner but even with that I felt like a scarecrow with a head full of straw hair. The facilities are incredibly clean but I still utilised my shower sandals and my own robe.

Things I suggest bringing: conditioner, robe, shower sandals, a change of clothes, waterproof camera, and for the ladies, a hair tie, a comb and make up (they provide blow dryers, cotton rounds and Q-tips). 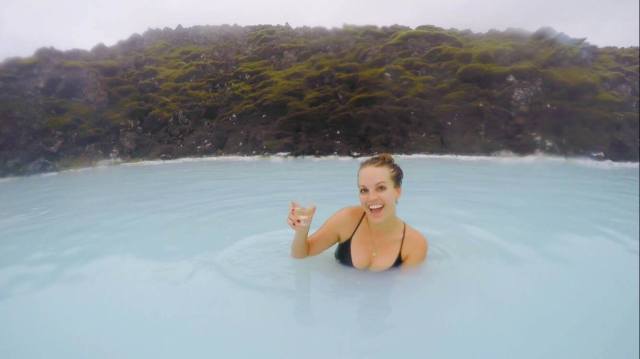 After the Lagoon we headed to our Air BnB in Reykjavik which was so charming, fantastically located and had the greatest hosts (more on that later).  Try as we might, we gave in and had a proper long nap before heading out to meander around the city. 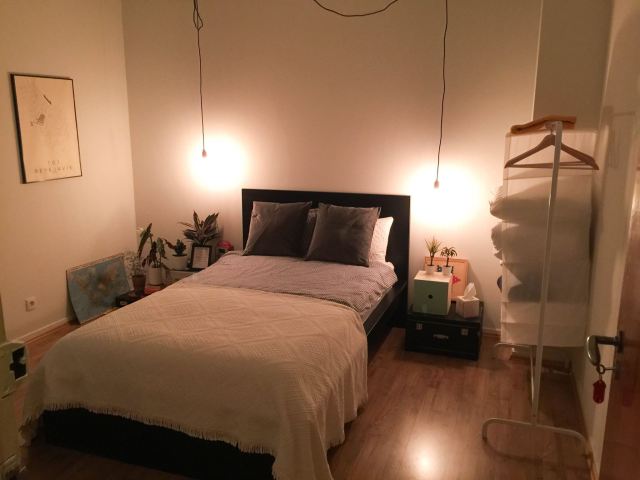 Reykjavik is actually quite small, but I loved wandering the movie set-esque streets. I swear, even Reykjavik’s imperfections were perfect. Everything was in place, the colors, the flowering Heather everywhere. Shades drawn back on all the houses to reveal perfectly quirky minimalist interior design. Rows of plants in every window. Oh, also, loads of friendly house cats roaming freely. 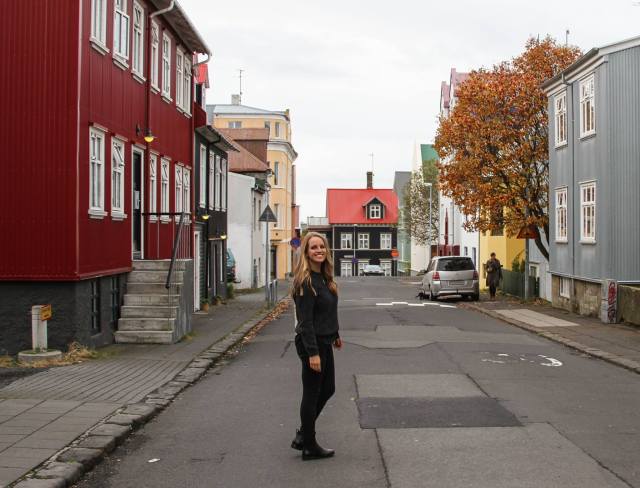 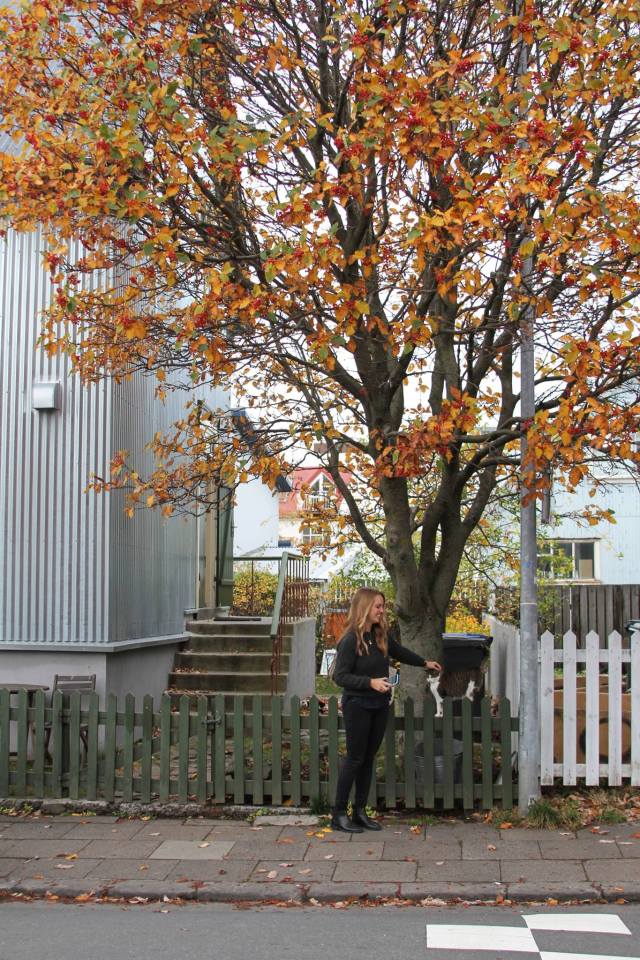 The church, Hallgrimskirkja, is a sight to be seen – it’s imposing and geometric outline against a blue sky. The queues can be long, but you can go to the top to take in the panoramic views of the colorful city. 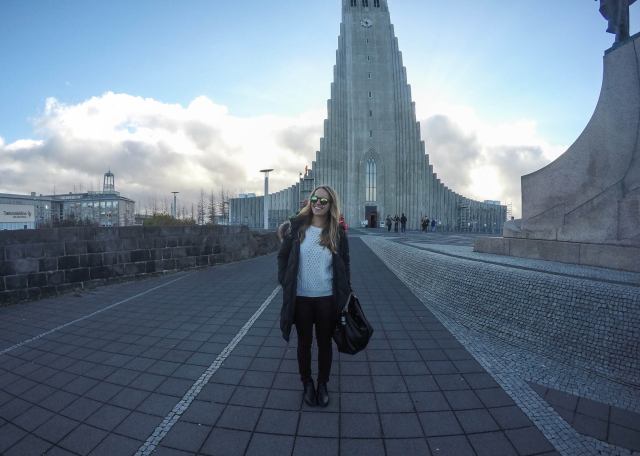 Our favourite way to start the day was to grab a coffee at Reykjavik Roasters (I’d like the interior of this place to be moved into my bedroom, please). Then just across the street, we’d mosey over to Brauð&Co. Don’t be surprised if there is a queue out the door and a collection of people taking photos against its crazy painted exterior. Every single baked good here is off the charts, but I highly recommend going after 11 when they start serving the cinnamon rolls. These were…the best cinnamon rolls of my entire life. We bought a dozen the day we left and individually sealed them in plastic baggies, gingerly placed them on the top of our carry ons and portioned them out to friends back home. They are that good. 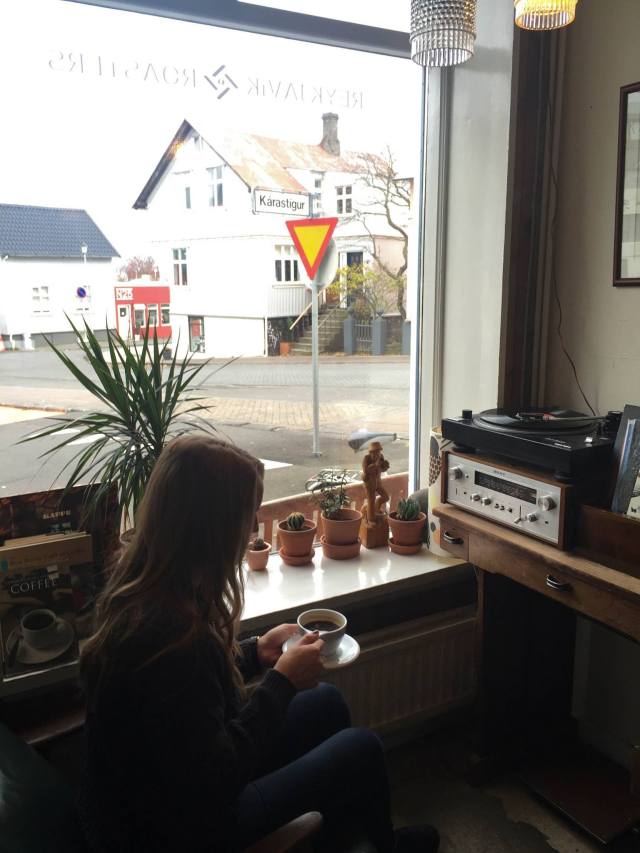 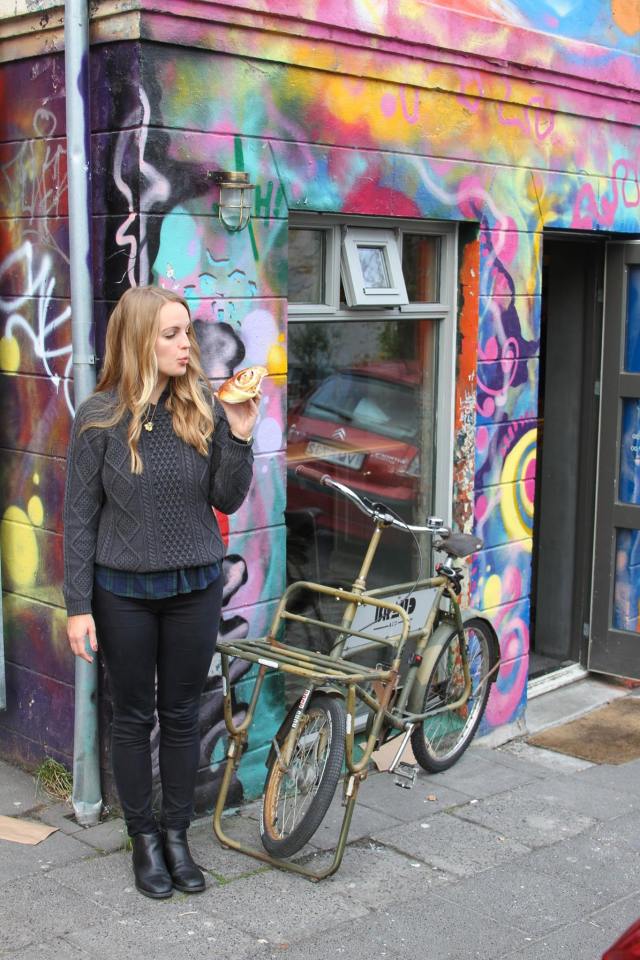 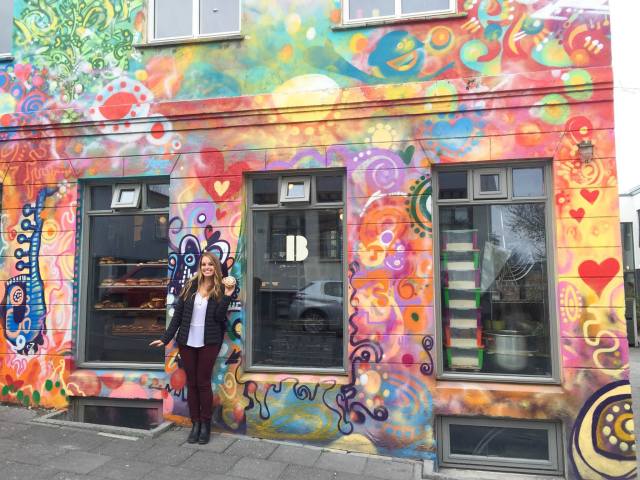 Our second day in Iceland, we booked a tour with Into the Glacier. It’s a gorgeous drive about two hours north of the city with plenty of opportunities to pull over to the side of the road to greet Icelandic ponies. I only wish I’d had food to give them when they trotted over to say ‘hello’. 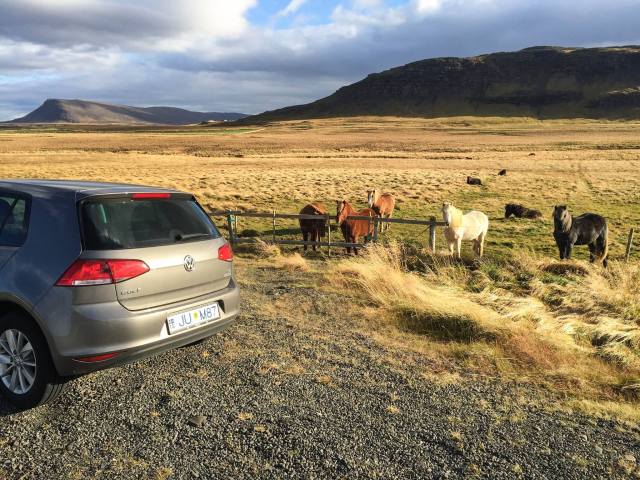 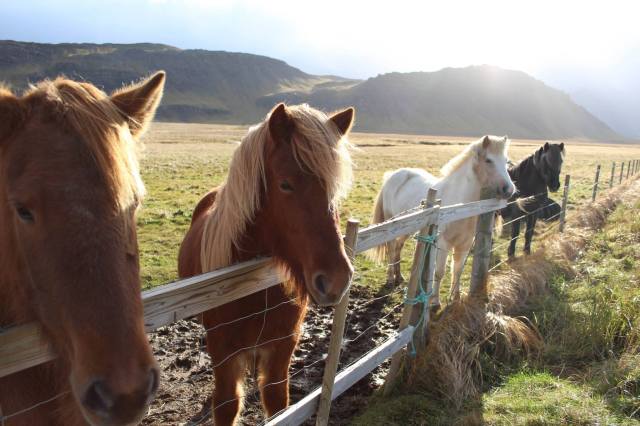 You meet the group to get on a bus which then drives you to the base of the glacier. At the ‘base camp’ they assess whether your clothing is sufficient for the glacier temps (if it isn’t, they have boots and snow suit like things) and then you get on a monster wheel truck to drive UP the glacier. That was quite a sight. 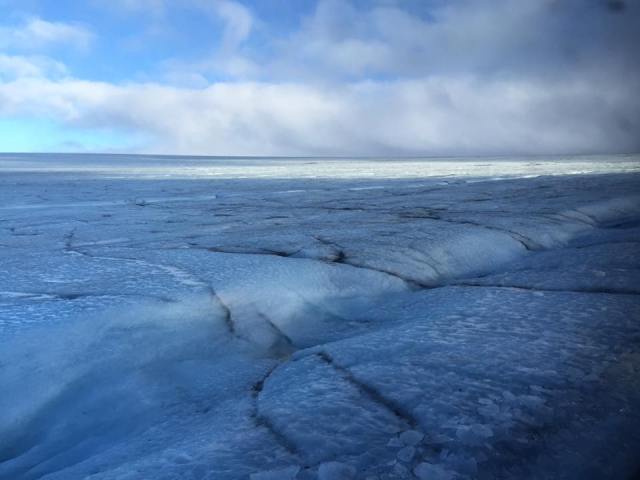 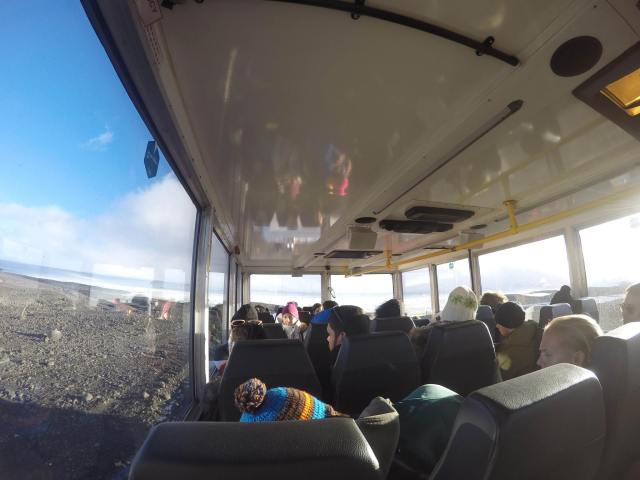 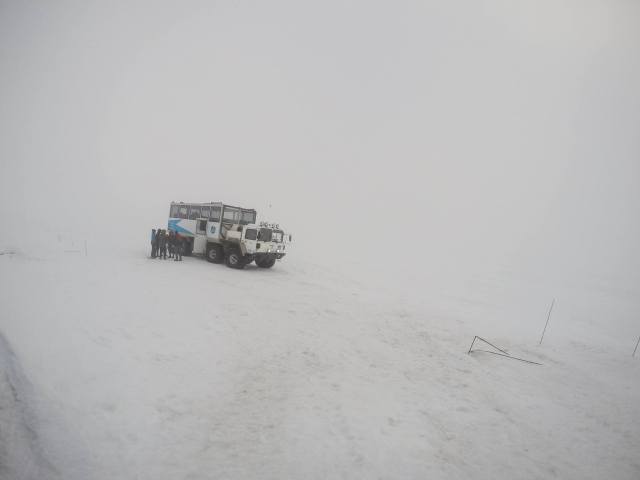 The inside of the glacier was mesmerizing. I could not stop taking photos. Amazing photos…which I then lost because of a memory card failure. I’m still not over the loss of those. 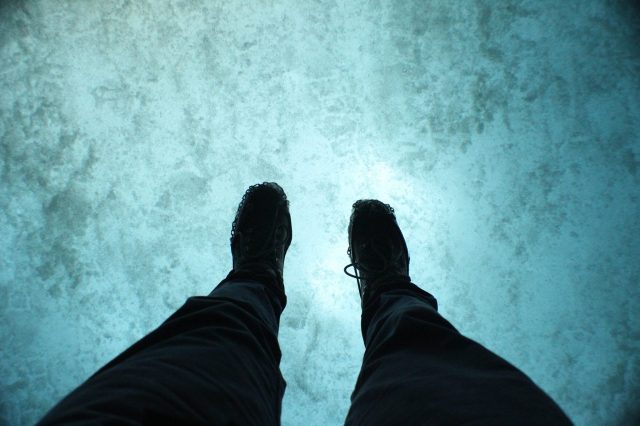 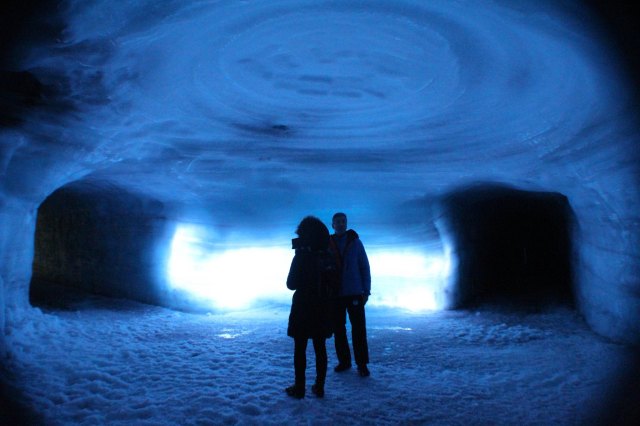 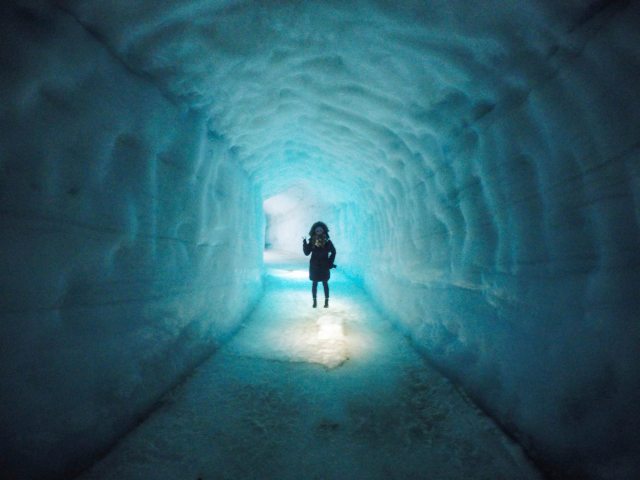 If so inclined, you can even get married in the glacier tunnel chapel. 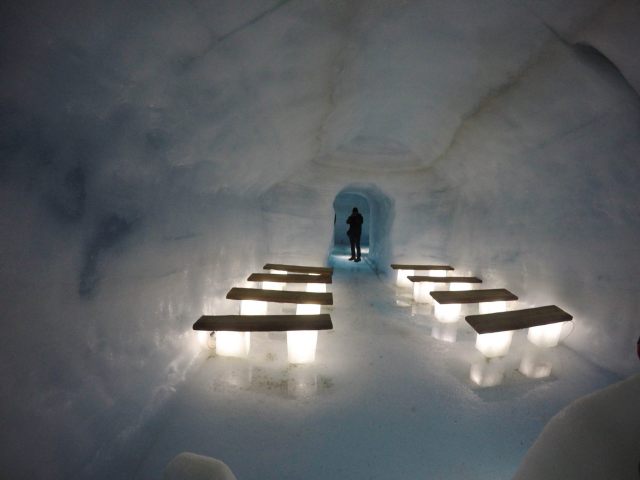 Later that day we finally realized who our host was. The first night I noticed Of Mice and Men things framed all over and just assumed he was a HUGE fan. I’d seen a guitar and asked if he was a musician, to which he replied, “Oh, ya sort of”. He shared a SounCloud of his current band and they were…really good. I told him I was in a band.

I finally looked closely at the framed Of Mice and Men things on the walls and realized they had his name on it. So, our host who was “eh sort of” a musician had been in the band for over three years. No big deal.

That night we grabbed dinner at Sjavargrillio. Other spots to grab a bite are: Café Babalu (known for its Star Wars themed loo), Snaps Bistro, Vegamot, and Ostabudin. 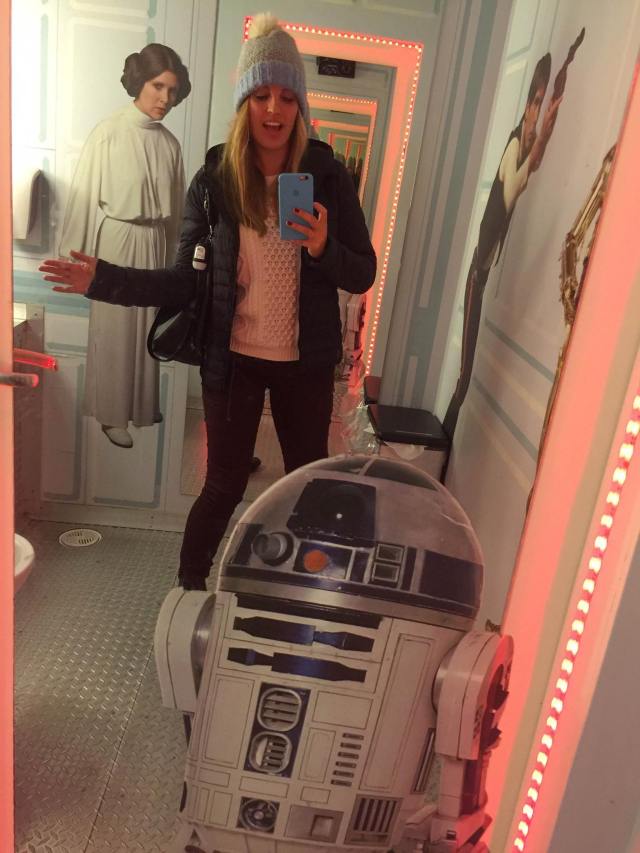 After dinner we bar hopped down the high street (it’s kinda bar after bar). We collected friends along the way as well. We went to Kaffibarinn (you’ll recognize it’s London Underground logo), Micro Bar, The English Pub, The Irish Pub, The American Bar – sensing a theme?

There’s loads of shopping to be had on Laugavegur, but beware that many are closed on Sunday!

Our last full day (I say full day, but we were so knackered and had a massive lie in that it only ended up being a half day), we spent chasing waterfalls. Most of the waterfalls are a couple hour’s drive outside of the city, so we were racing against the setting sun. 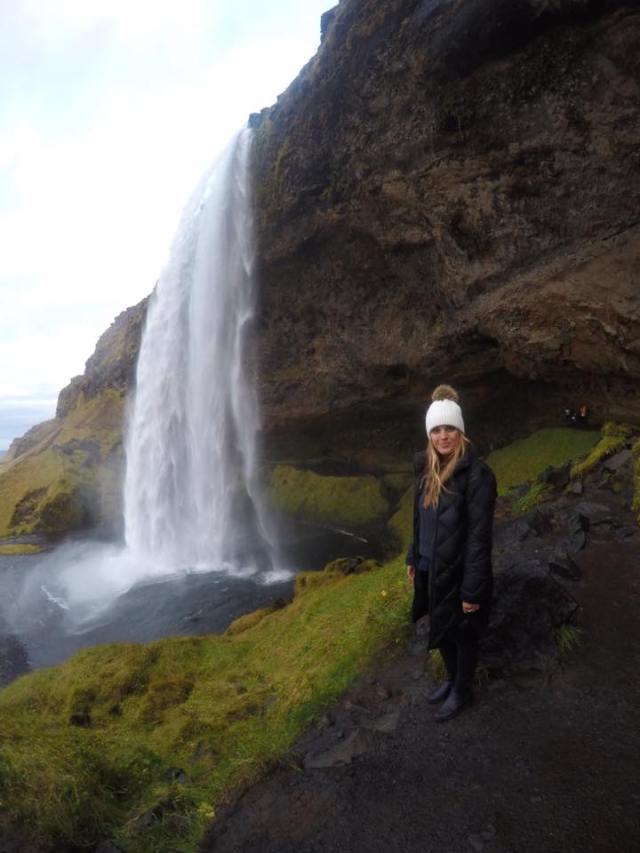 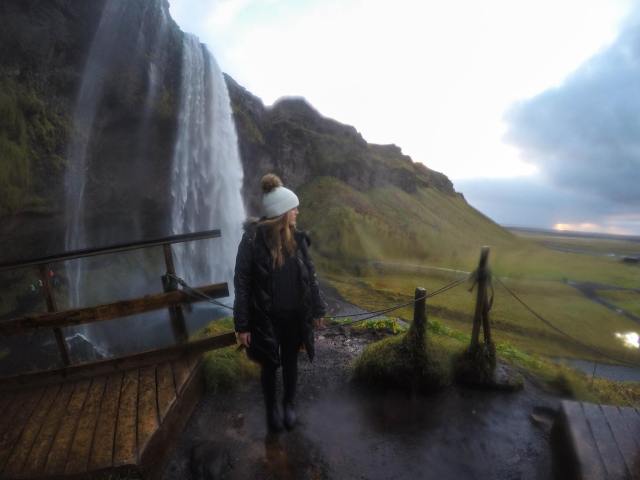 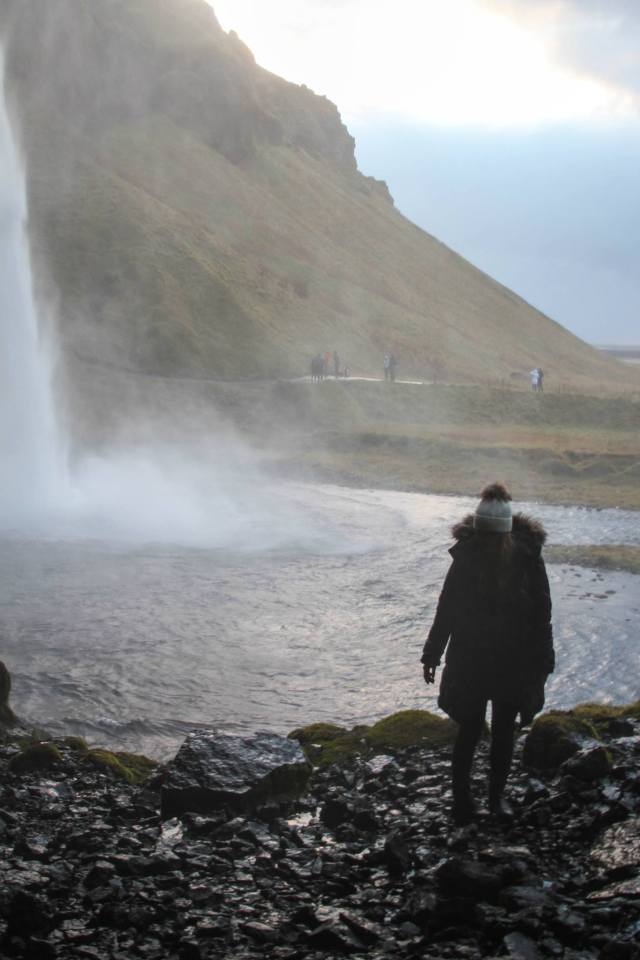 We made it to Seljalandfoss – a smaller, but absolutely gorgeous waterfall that has a bath behind it. In the winter I think this gets pretty treacherous as it’s just ICE. 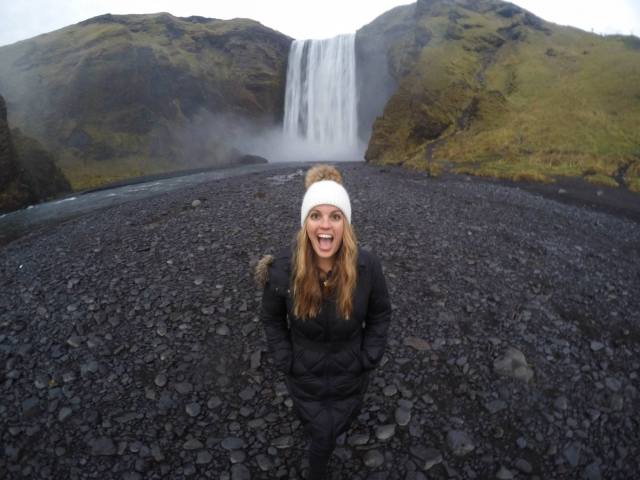 We then speedily drove to Skogafoss and arrived just before dark. This waterfall is a behemoth. There are also a million stairs to the right of it that give you a vantage point from above – get ready for your lungs to hurt. 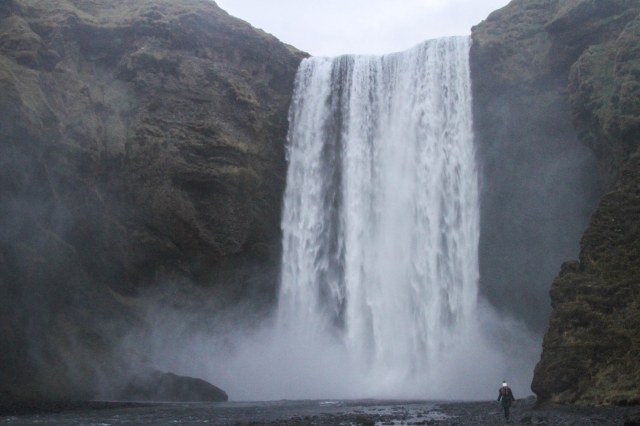 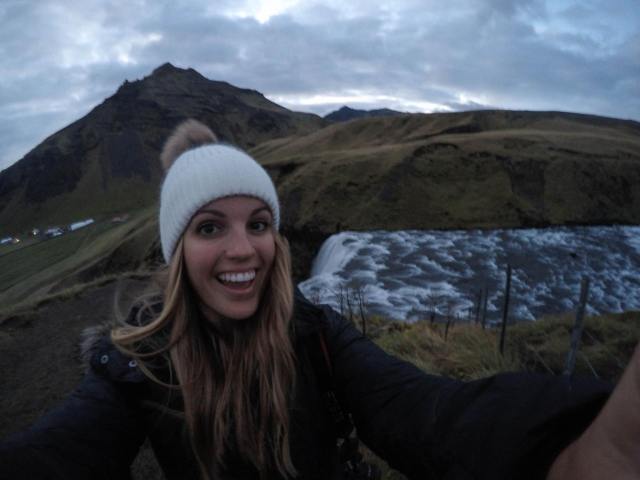 We hadn’t eaten in almost 10 hours and decided we couldn’t wait until we were back in Reykjavik, so we grabbed a bite at the restaurant on the fringe of the car park for Skogafoss and it actually was quite good!

Our last day was just a half day which we spent shopping (at the shops that were open) and stocking up on cinnamon rolls from Braud&Co. 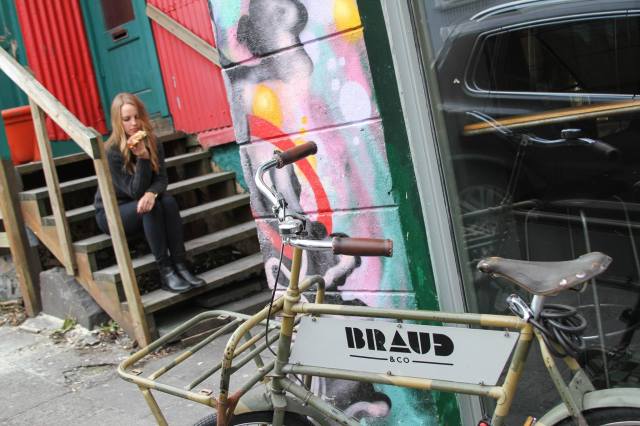 I’m quite happy with the decision to go in October. Whilst I’d love to go back and see everything snow covered, it was nice to not have to contend with black ice on the roads as holidays to Iceland more than likely involve loads of self-driving. 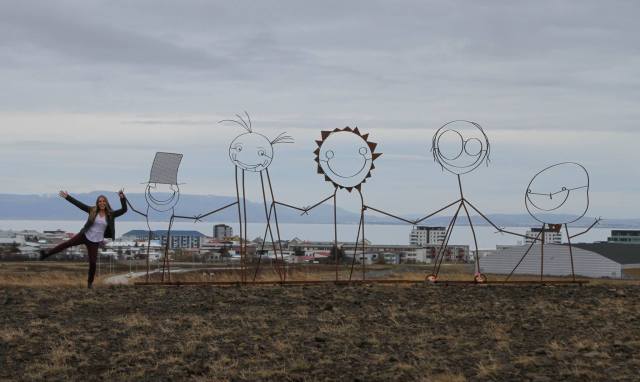 We squeezed loads into three and a half days, but there is so much more that Iceland has to offer. More waterfalls, whale watching, Vik beach, horseback riding, etc. I’ll definitely be back (and hopefully I’ll get to see the Northern lights next time)!

One thought on “Icelandic Bandwagoning”