I’ll admit it up front: I am not LA’s biggest fan. I think of it less as a proper city and more as a large urban sprawl with horrendous traffic and poor public transport. It has never tickled my fancy much. These things aside, I won’t deny it has some great restaurants and activities. Having a visitor always helps one to discover jewels in their own playground. I had such a friend visiting last week – a Canadian fellow King’s College London-er – and we had a grand day of little adventures in Downtown LA (DTLA).

As one who detests driving and traffic, whenever I have the opportunity to use what little effective public transport we have here…I jump on it. MetroLink and Amtrak (Laguna Niguel and Irvine, respectively, are the closest stations for me) operate trains from Orange County. Both lines take you to Union Station in DTLA. From there you can take the metro (which actually has a London-Oyster Card-esque system) to get somewhere else in downtown. Or if you’re feeling lazy, Uber.

Our starting point was the JW Marriott by the Staples Center where my friend was staying for a human factors (he explained this to me, but best you Google it) conference. Feeling refreshed and energised at the start of the day, we decided to make the 30-minute walk to our first destination… 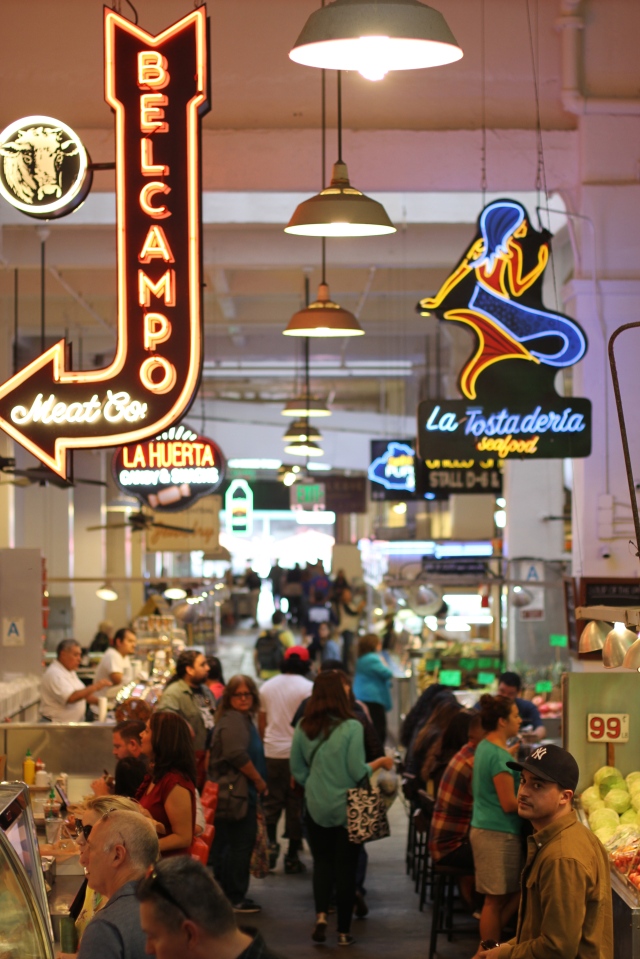 Grand Central Market – This is basically my Southern California answer to my beloved London Markets. A plethora of different fares to try and a myriad of neon beacons leading you there.

Justin had the tacos from Tacos Tumbras a Tomas (as I cannot due to the lack of non-meat options).

This time I opted for a lox and cream cheese bagel from Wexler’s (and may I say, the bagel was delightfully light and hit the spot), though last time I had a heaping plate of broccolini from Belcamp Meat Co. and it was the best heaping plate of broccoli I’ve ever had. My mom also swears they have the best burgers she’s ever had – bursting with flavour, but not heavy in the stomach. 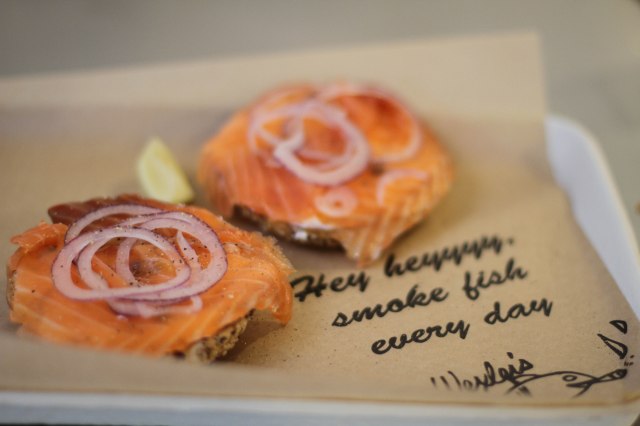 We decided we were feeling decadent and went for two scoops of ice cream at McConnell’s. All the flavours were amazing, so I just suggest you start trying them all. 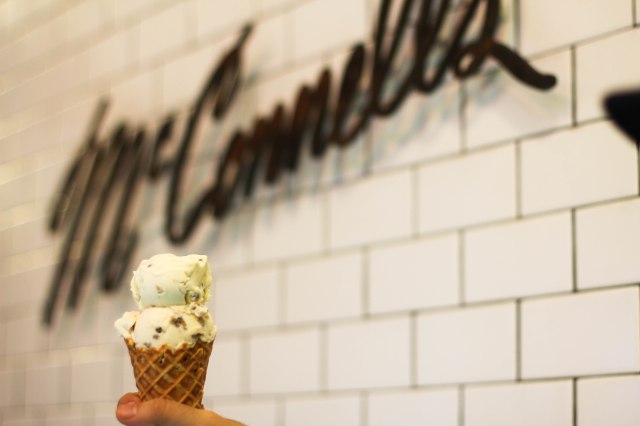 From there I took Justin by the Angels Flight and through the food and water feature courtyard at the top of the stairs en route to show him my old stomping grounds, The Colburn School of Performing Arts. At certain times it is open to the public (though no longer through the doors on the front of Grand Ave). 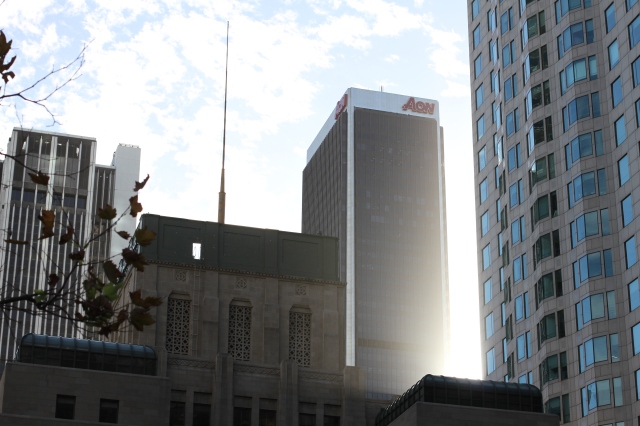 We carried on across the street to the Walt Disney Concert Hall to take photos inside and around the exterior. There are series of stairs that lead up the front and then round to the small garden at the back. Whilst studying at Colburn I got to watch this Frank Gehry marvel be built. 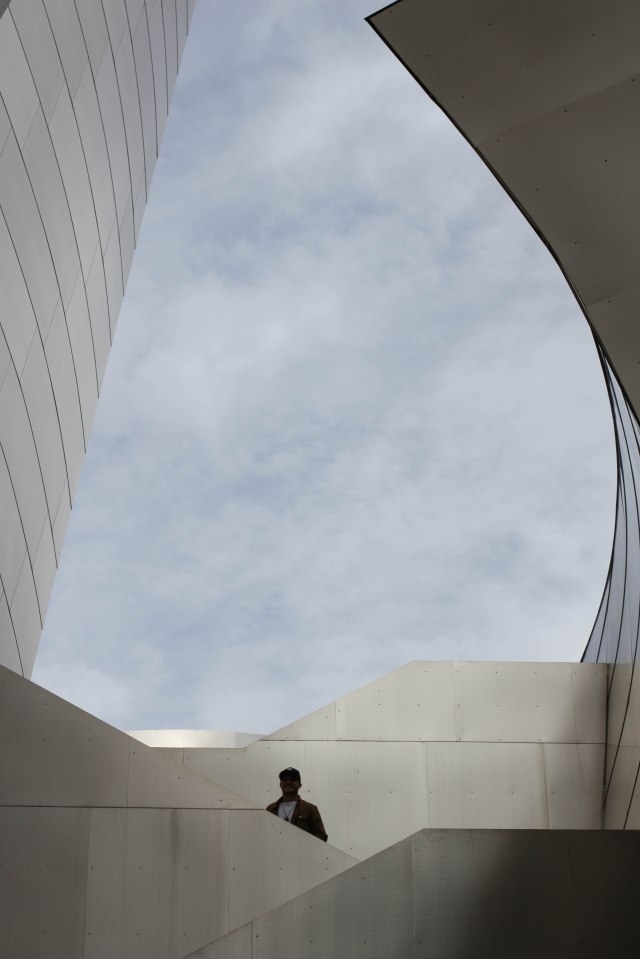 Fun fact: at the beginning there were more portions with shiny panels  (as opposed to it’s majority brushed panels), but at a certain part of the afternoon the reflection off the shiny panels practically baked apartments across the way and had to be changed to the brushed surface.

After a stroll around the grounds, we queued for free entry into the new museum just adjacent, The Broad (pronounced br-ode). I’m generally not a contemporary art fan, but I absolutely loved this museum. 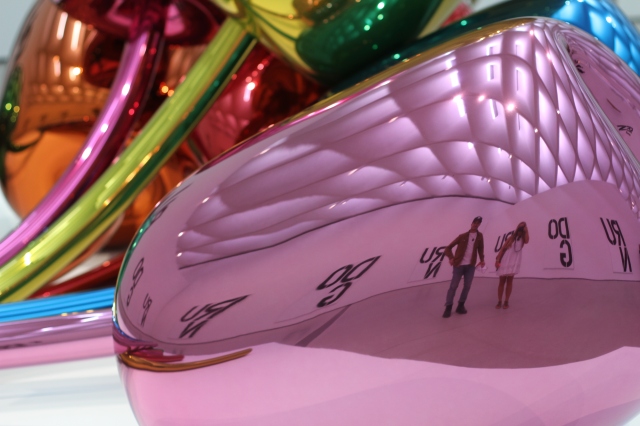 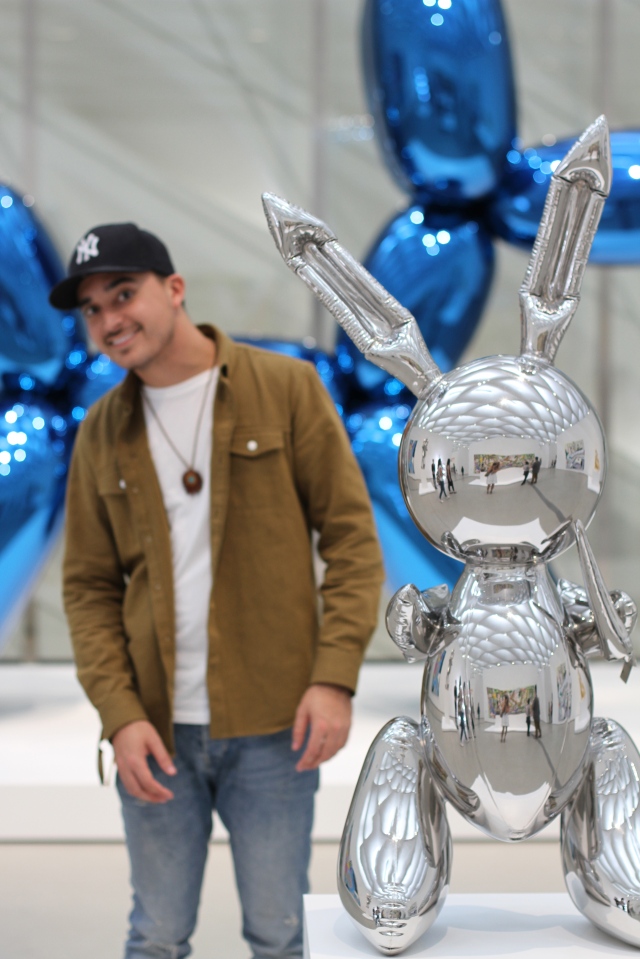 Be sure not to miss the video installation downstairs. It’s easy to miss as it is behind some unassuming grey curtains, but it is FANTASTIC. I don’t want to take away from too much of the suspense, so I’ll just tell you that it is a dark room with nine separate projection screens with different musicians performing a song simultaneously. 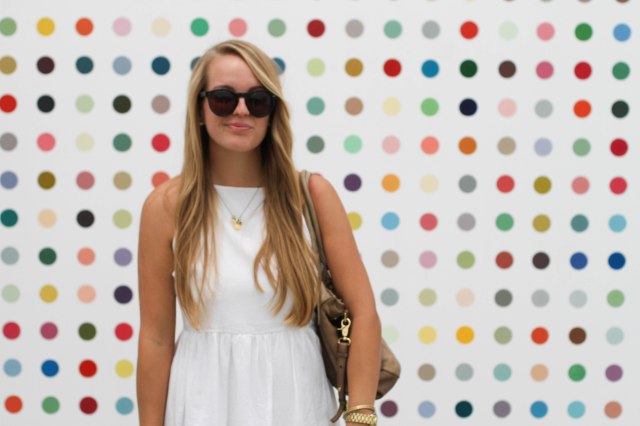 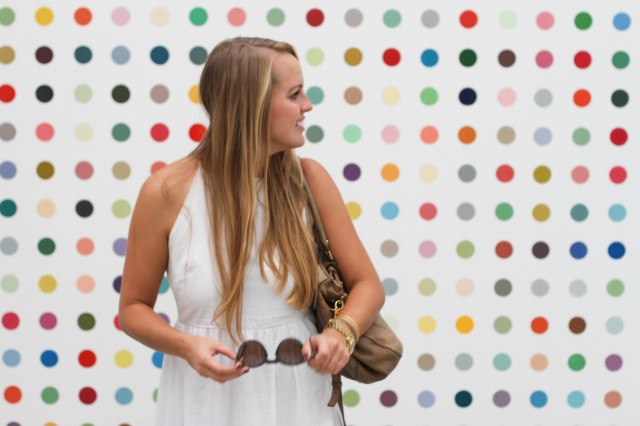 After a couple hours here, we headed back to the JW Marriot to soak our toes in the pool before heading out to dinner at Terroni, a bank-vault-esque establishment with a lively bar and incredibly delicious Italian cuisine. Their wine list is compromised solely of Italian wines.

We followed dinner up with a night cap at Preux and Proper. 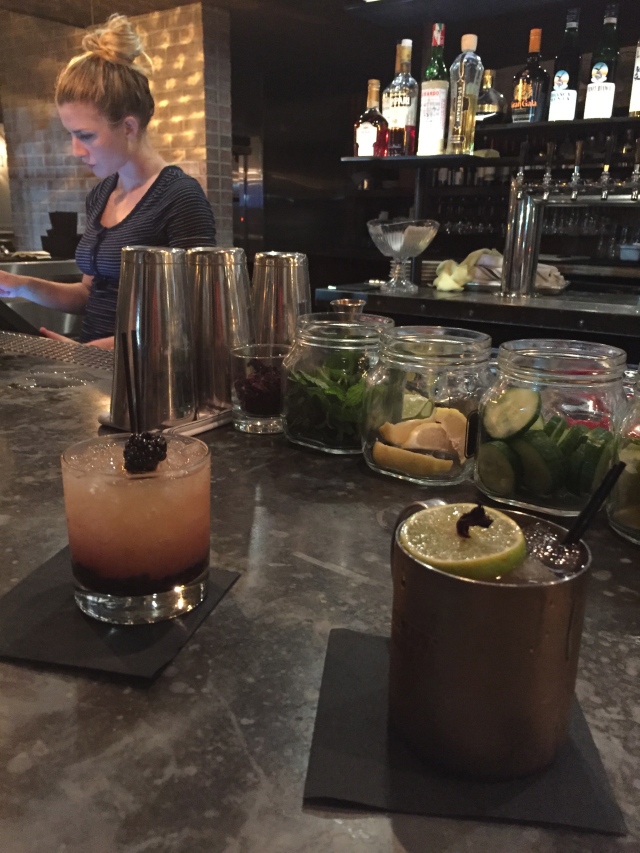 I’d call that a successful DTLA day for someone who doesn’t particularly fancy LA.