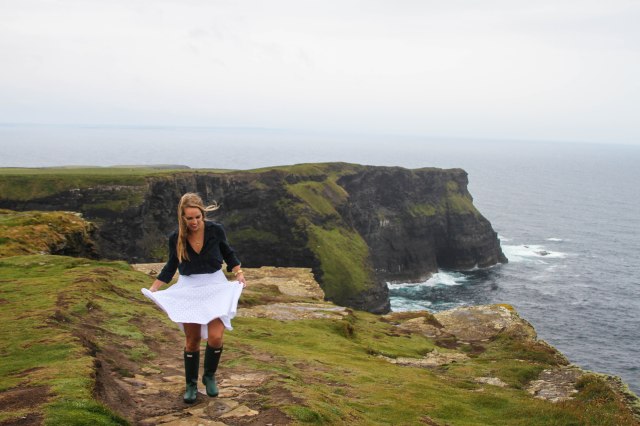 Well, hello. It’s been a while. My adjustment to proper adulting has been a difficult one.

Conversely and in good news, despite the drag of the 9 to 5 (well, 8:30 to 5), I managed to escape to Ireland. And even squeezed in a 40 hour visit to London, during which time I managed to see 13 friends…individually. Talk about exhausting, eh?

Fun fact: Ireland was the first country I ever visited back in 2001. So, I guess you could blame Ireland for the inception of my expensive travel hobby.

Though I flew into Dublin, I hopped on a propeller propelled little puddle jumper to Kerry, which is quite possibly the smallest airport I’ve ever been to. And that’s including random island airports in the Indian Ocean.

From there we hired a car from Hertz. I’m not very adept at driving manual and really didn’t want to contend with that struggle in concert with itty bitty Irish country roads, adjusting to right hand drive and left side of the road shenanigans.

Though my boyfriend (whom we shall refer to as E) is Irish, the car hire man quite blatantly ripped us off. He asserted the only automatic cars he had were an Audi, a BMW and a Mercedes. We kept asking him the price and he ignored us. We ended up with a very pricey Mercedes for the weekend (but if we are being honest, I ended up loving the splurge since we spent half our time driving around the Emerald Isle). 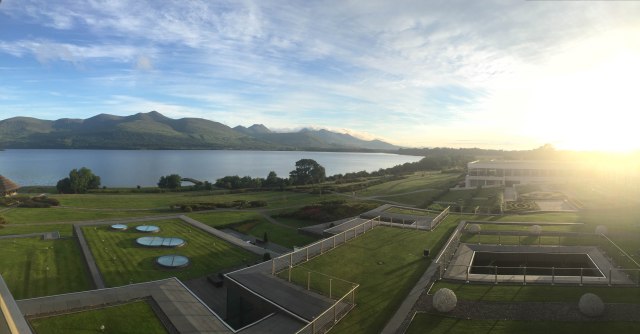 From there we drove to Killarney and checked into The Europe Hotel and Resort – a gorgeous 5-star hotel situated on a lake. Every aspect of this place made my jaw drop. The room was amazing, the view was amazing, the décor was amazing, the restaurants were amazing, as well as the lounges and libraries and the best part, THE SPA. 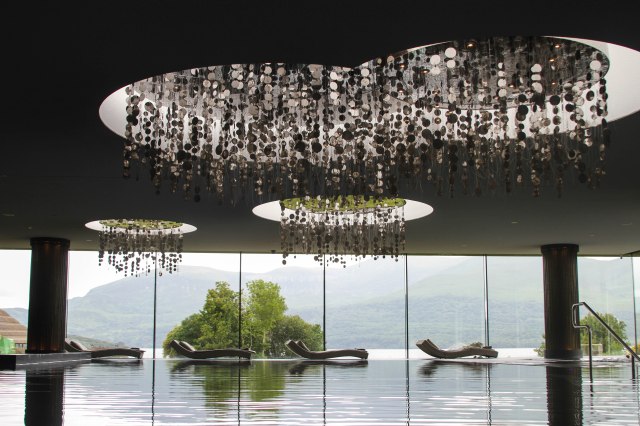 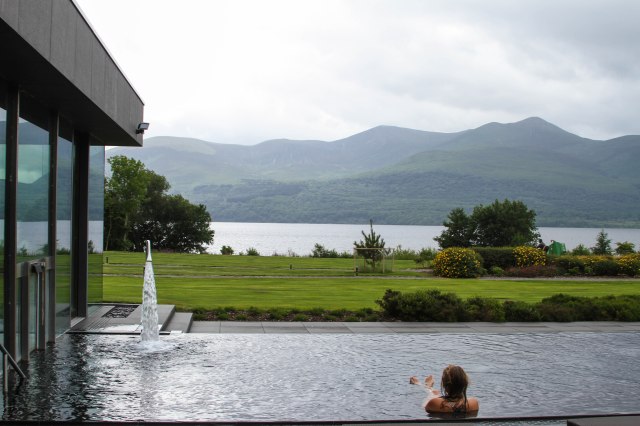 The next step of our journey was basically loads and loads of navigating the tiniest country roads of all time. My boyfriend grew up on the west coast of Ireland and said he’d never even been on roads this tiny, windy and green!

We made a couple of stops along the Cliffs of Moher. A wee bit further north there is a visitors’ center and fenced off access to cliff views, but we actually stopped a bit further south at The Burren Way and weren’t disappointed. We had unfettered views and sparse amounts of tourists to ruin the perfect shot. 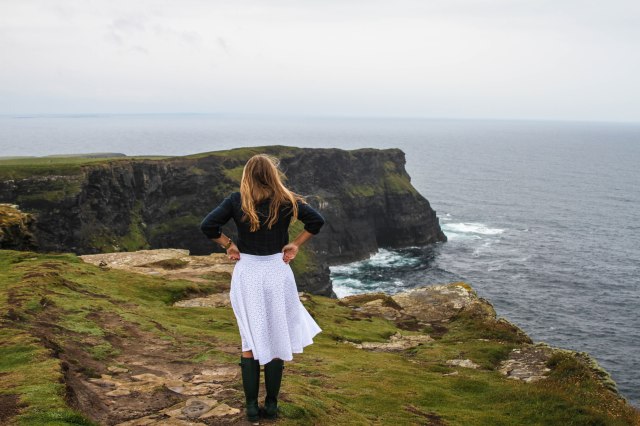 From there we carried on to E’s hometown of Westport, a darling coastal town. We lunched at his twin’s restaurant (he’s a chef) on the high street, Cian’s on Bridge Street, meandered through myriad of cute little shops and walked around the Westport House.

Our main activity for the trip was a wedding at Belleek Castle in Ballina. E says it wasn’t the nicest castle he’d ever seen, but I wasn’t fussed. The ceremony was short, but the party was L.O.N.G. Feasting, drinking, snacking, more drinking, music, dancing, more drinking. It was a hoot. 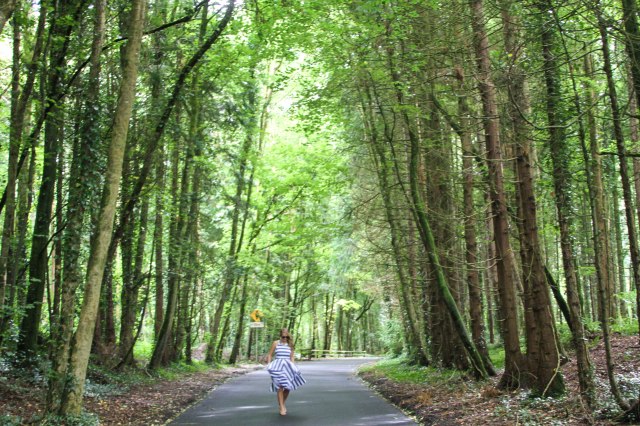 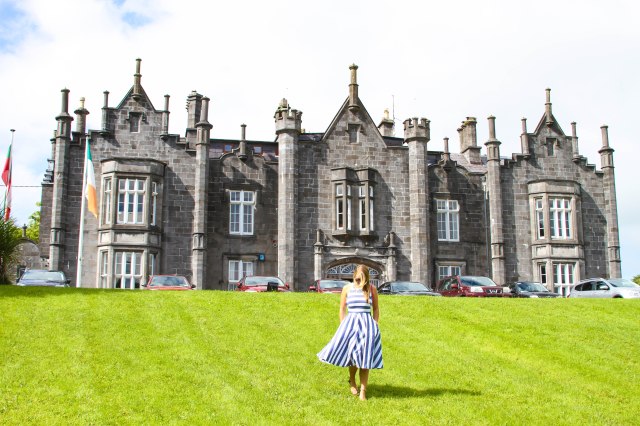 Short on days, we had to depart weary eyed to drive cross country in pissing rain to Dublin. By the time we arrived all E’s favourite restaurants had closed so we just had a pint or two at The Temple Bar Pub and returned to our hotel, The Dean. We luckily got upgraded to a suite which I would happily take as my permanent residence. 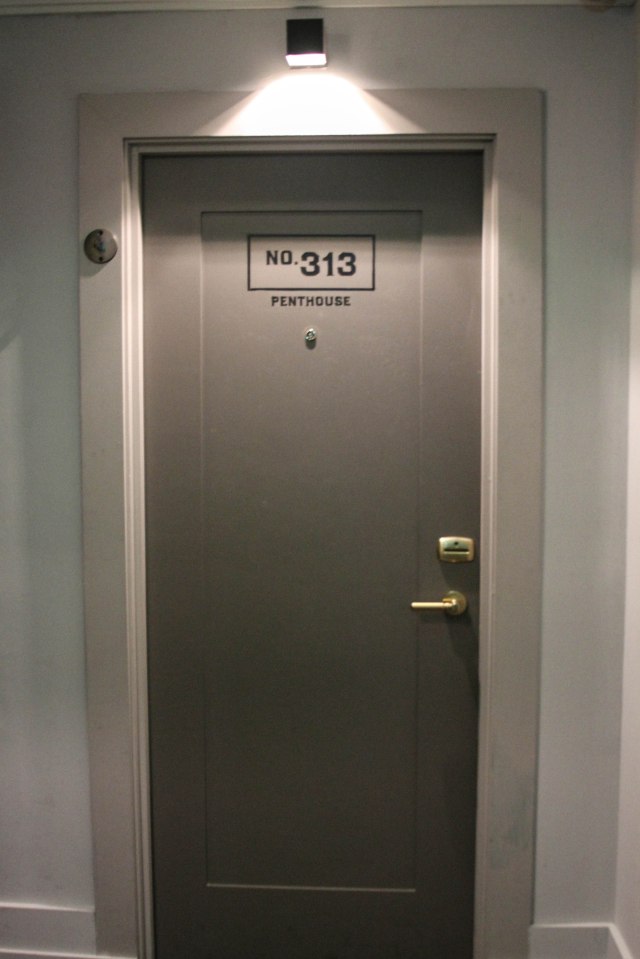 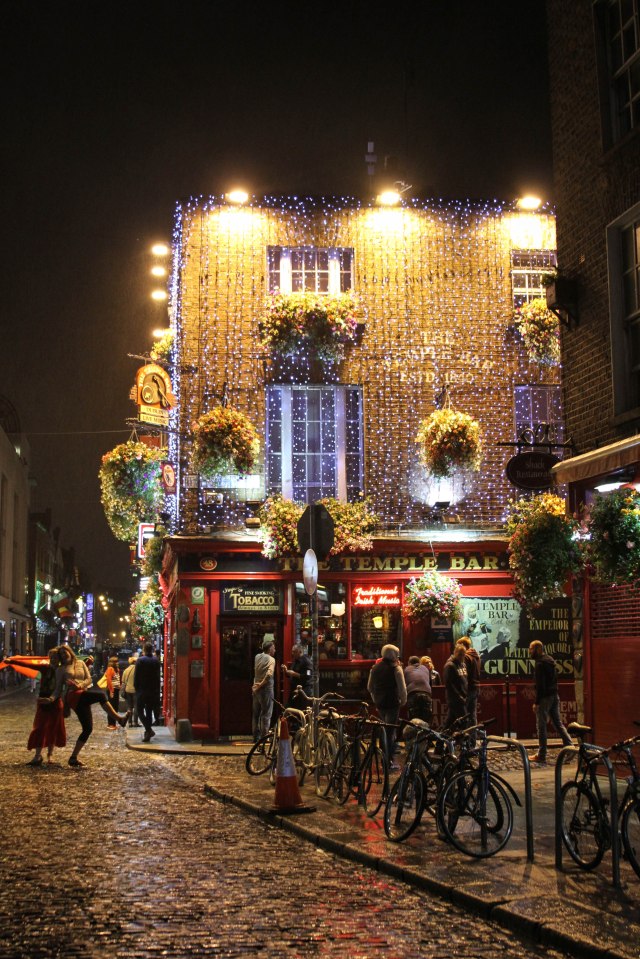 Next I’m in Dublin I want to check out Farrier and Draper, Brasserie 66, The Port House, 37 Dawson, O’Donoghues and Cornucopia.

In the morning, we collected our things, grabbed breakfast at the rooftop restaurant of The Dean and headed to the airport. Word to the wise: don’t forget about traffic and the time it takes to drop off a rental car. Had it been anywhere other than Ireland, arriving 46 minutes before an international flight with checked bags in tow would just not fly (get it?).