I’ve always wanted to go to Istanbul and have some how never had the chance despite it being a very frequent layover for any flights out of the Balkans. So, en route to Rome from Pristina I made sure I had the longest layover possible in Istanbul. And boy, did we jam it full of as much as we possibly could. My legs were aching more than they’ve ever ached before on the metro back to the airport, but it was worth it to explore this Eurasian beauty.

Getting from the airport to the city is quite simple using the metro which starts at the airport. My mom and I took the metro to Aksaray where we switched to the tram until Beyazıt-Kapalıçarşı which is a short walk to the Grand Bazaar. This will take an hour approximately. Alternatively, you can take a taxi, but it is more expensive and can take longer depending on traffic.

Grand Bazaar – I could have spent hours and thousands of dollars in here. I would also suggest bringing an empty suitcase to fill with all the treasures. Unlike other markets I’ve been to, there were actually a surprising number of shops with really good quality items. I got some amazing pillow cases and then we happened upon this shop, Zenne, with amazing textiles and jewelry (they actually sell to Antrhopologie).

Hagai Sophia – An important monument for both Ottoman and Byzantine Empires. First a church, then a mosque, now a “museum”. Stunning and breathtaking on the inside. This one is a must. 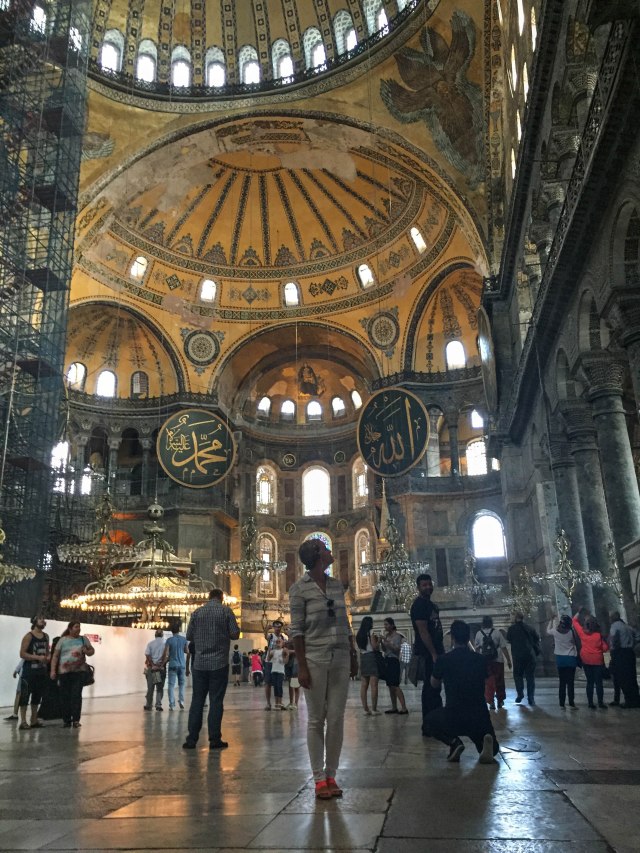 Cistern Basilica – We didn’t have time to go in here, but I had really wanted to as it was recommended to me by multiple friends.

Blue Mosque (Sultan Ahmed) – Probably the most photographed mosque in Istanbul with its collection of blue domes and soaring minarets. 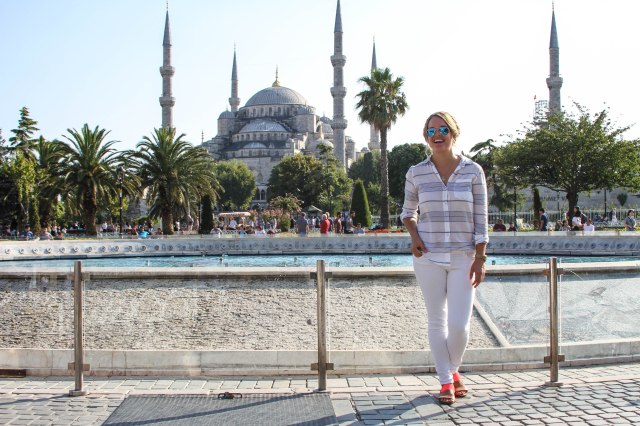 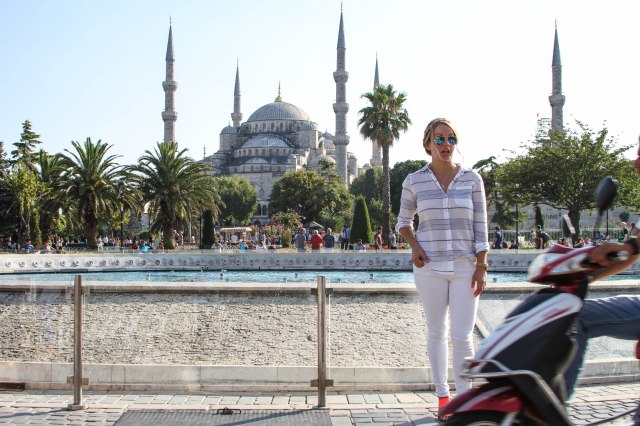 Osmanlizadeler – Turkish delights and baklava heaven. And this was the prettiest, OCD-lovers baclava place I saw.

Ferry from Eminönü – There are a number of ferries that go up and down the straight as well as cruises geared more toward sightseeing. 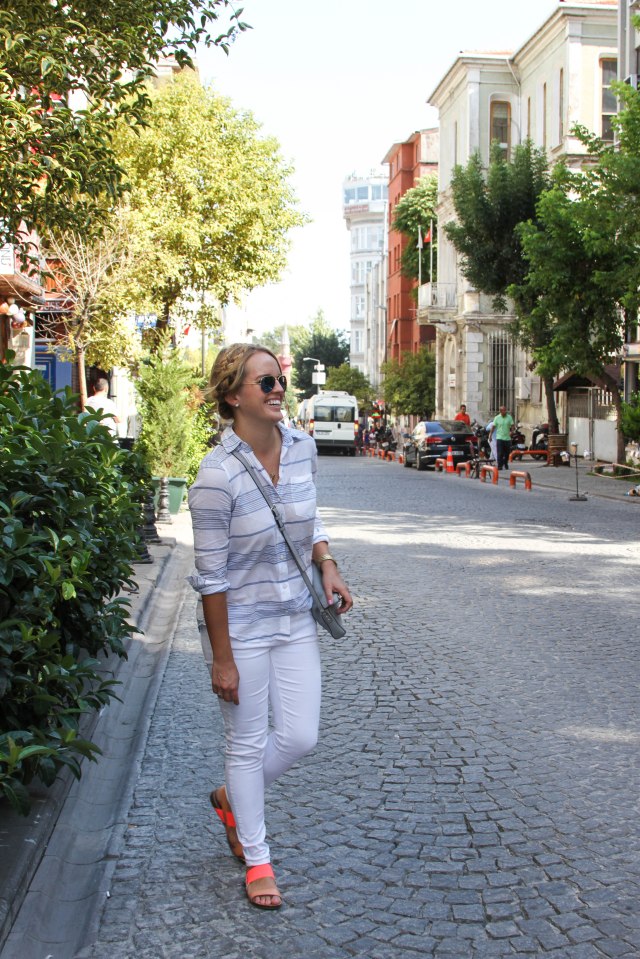 Rainbow Staircase – I’d seen on Pinterest this vibrantly painted staircase located on the European side. My mom and I trekked it over there instead of sitting down for food only to find that it had been 90% destroyed. Fail. 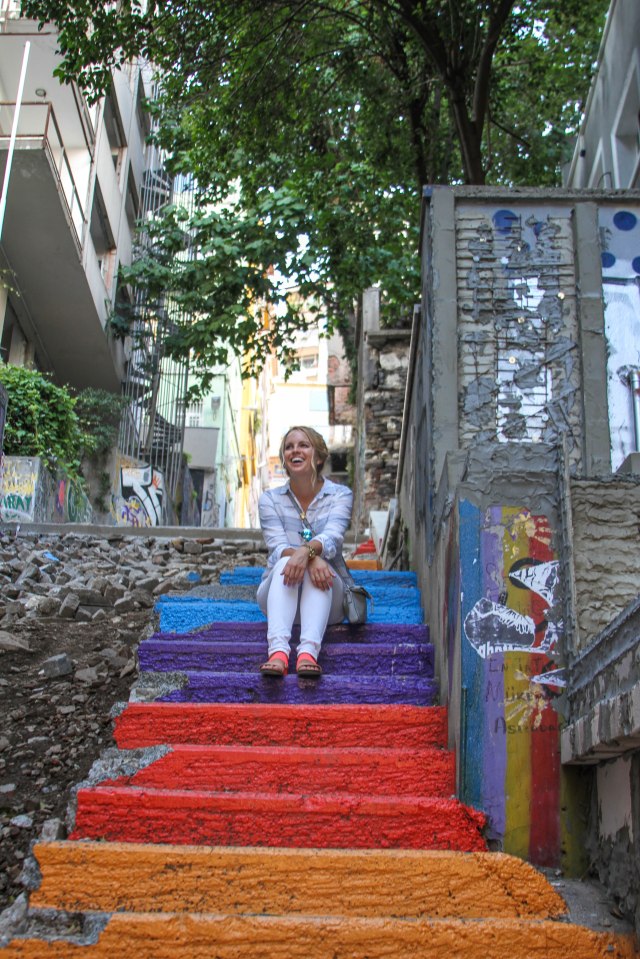 I definitely plan to return to Istanbul, giving myself more than ten hours to explore and will report back! 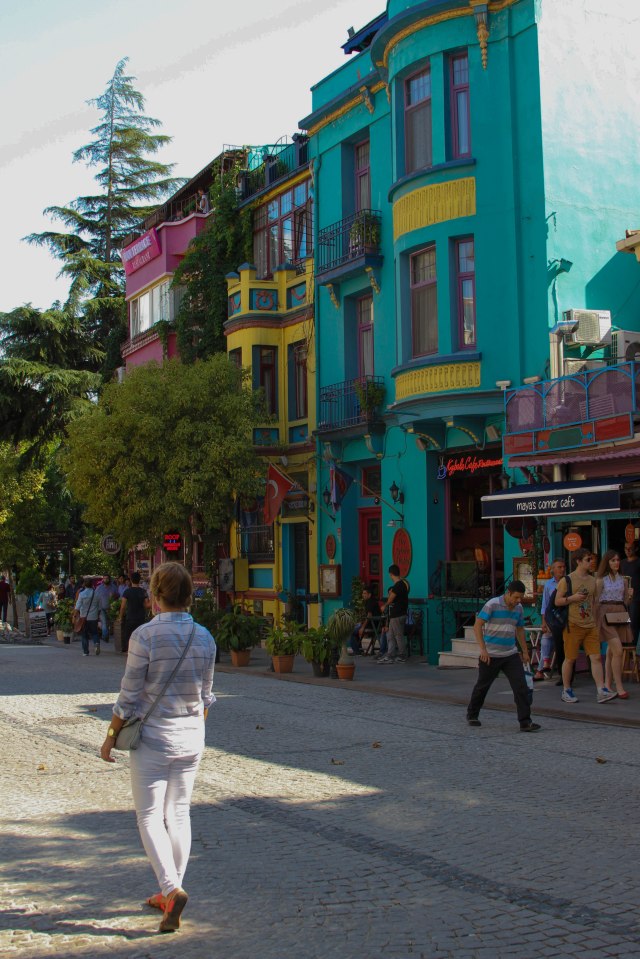 One thought on “10 Hours in Istanbul, Turkey”