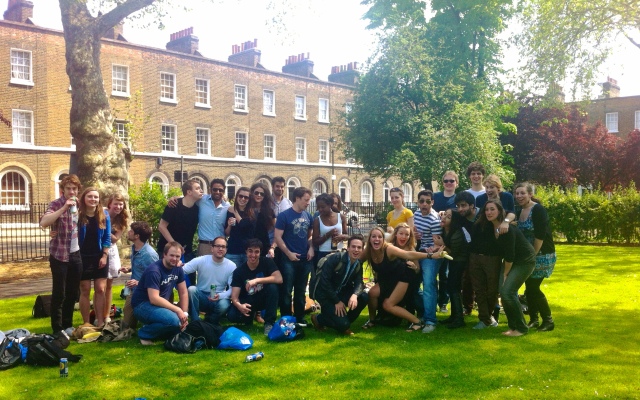 I cannot believe that today marks FOUR years ago that I first moved to London to start my Master’s degree at King’s College London. Four years have elapsed since I embarked on my greatest adventure thus far. Sometimes I wonder if my decision to study at King’s was either the best or the worst decision I’ve ever made…

I had been to England plenty of times before, but never fell in love with it. In fact, it wasn’t until about six months in that I realised I was enamored, straight up in luuuurrve with London. After my visa expired I was devastated and I wanted nothing more than to move back, but those pesky work visas. Here I am four years later, still trying to get  back to London (for more than the random week or weekend trip here and there). My intense need to be living back in London has derailed any semblance of a normal settled life.

Throughout my year at King’s I met the most amazing, intelligent, complicated, intriguing, and hilarious people – friends I’ll have for a lifetime, so I knew I wanted to capture as many moments as possible. Throughout my first year in London I constantly had video running – either on my phone or on my Canon 70D. All my friends constantly whinged about it. “Rachellleee, ughhhh, are you filming AGAIN?!”.

And then, I shared this with them and they gushed. A couple cried. Mission accomplished.


So, until that glorious day when I get a work visa, I will continue to be a nomad, but wherever I am, London, just know that I love you.